#61
nice captnugget, that's little nicer brochure/with info too of the bike then what was posted before.

#62
Rustygold said:
Delray I know this is a really old thread but like yourself I can find very little info on these little Snowco trikes.
I am putting one back together and have had this thread saved a few years now.
I started pretty much with a bare frame and its close to done now finally.
I used your pictures and info to figure out what to order,such as sprockets,brake assembly ext.
I do have a question though.
What originally held the end of the brake cable housing to the bracket at the brake end ?
This thread has been a great help so far.
Click to expand...
rustygold, trying to dig up some of my pic's. looks like they all are lock up photobucket still.
here is something I did save that has not been posted with this thread and thought it would be interesting to see.
other member had found this one that still had the original motor on it and notes couple things to in the picture with the clutch/brake side. the chain was mounted on the inside. my bike was like this too when I first got it(well brake was,my engine was missing). now it's setup up on the outside...works better for me. also note that bracket mounted on the bottom and a bracket off the engine. i'm starting to really think maybe it was for a chain guard and one more thing too, how they use a carriage bolt head to help guide the brake unit. I kept my carriage bolt on too and the brake works great. 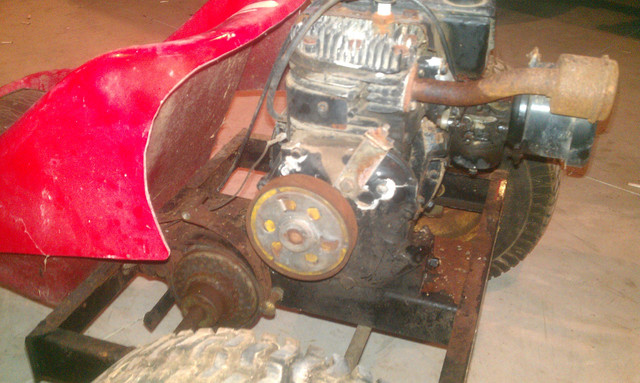 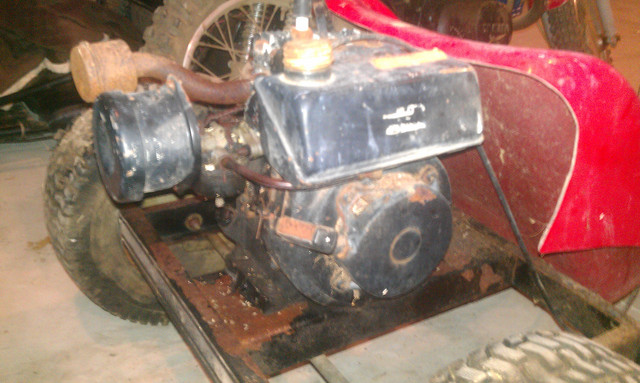 #63
Anyone have any brochures for the Super Scat with the Black bucket?

#64
also have this picture from other members bike(above)with the original throttle and brake and the seat cushion. I believe the throttle was supposed to be spun around and uses has a thumb control. my bike had this too,but I did not like how it work. I went with a atv kids style thumb control that work 10x better and very safe to use. 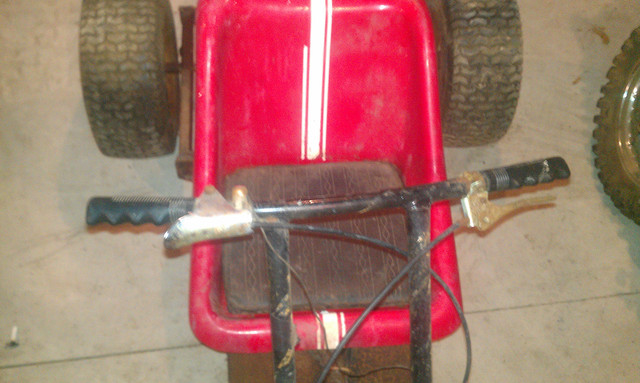