#1
Have this engine sitting around I’m unsure of the horsepower I believe it’s a 3hp if anyone could confirm. Thank you

#4
Thank you much appreciated

#6
Hey folks. @Minibikephil , please excuse me, but I want to piggyback off of this thread, since I got here researching what motor I have also.

Mine is currently on a Craftsman edger, but I'm hoping to use it on a mini bike.

I've never had a tecumseh with what appears to be a flo-jet or pulsa-jet carburetor (am I even calling it the right name). Are they okay for mini bike applications ?

Would a regular adjustable tecumseh carb with float bowl be able to correctly connect to the existing governor linkage ?

#10
If your referring to the carb in the picture, its not a Briggs flo jet or pulsa jet , its a Tecumseh diaphragm carb. And yes, they are ok for minibike use and were used on slant mounted engines before the slant intakes were implemented. Float bowl carbs need to be horizontal to operate properly, diaphragm carbs do not.

As previously discussed on the board, the following modifications to Tecumseh edger engines are needed for minibike use:

-The intake has a very small passage way and should be changed to Tecumseh part number 28416
-The governor arm needs to be changed so the linkage matches the higher carb position on the new intake
-A minibike style throttle control is needed, Tecumseh part number 730136 or the older style equivalent
-The rear mount fuel tank should be changed to a front mount as the tank only hold 1 quart and its fill hole in a bad position for most minibikes.
-A spark plug shorting clip or a kill switch wired to the magneto points terminal to stop the engine as the switch is built into the old speed control

That pretty much covers it. If I missed anything or for alternative approaches, others will chime in.

On a good note ; the side sump cover is drilled and tapped, some are not, This makes clutch cover mounting much easier
On a bad note ; it looks like one of the mixture adjustment screws is broken off in the side of your carb, if so the carb is junk

I looked closer at the adjustment screws, and they appear okay, unless I'm missing something.

Another question, and the reason I ask them here, as opposed to pm, is for others who may have similar questions.

#12
I guess the adjustment screw is rusty and recessed I couldnt see it. You can, that's what matters. Always check that adjustment screws are not seized on any carb you consider using. I bought carbs in lots and had to throw half of them away because the idle screws seized up.and broke off when I tried to remove them. I wasnt try to jinx you, just making an observation based on past experience.

Another thing diaphragm carb can be a little difficult to adjust sometimes, so be patient.

As a point of information for the general good,the tecumseh repair manual is linked at the top of the Tecumseh engine section under Forums. Every time I refer to it I learn something new.

Lemme know if you have anything else

#13
Thanks again @oldcarcbx for the advice ! And thank you @Minibikephil for the use of your thread. I'm sure others will benefit from this.

I have not though, figured out the model number for this model diaphragm carburetor.

Every parts explosion I've found, shows the carb as a bowl type. I am thinking if they make cheap knockoffs of this diaphragm carb, like they do bowl type carbs, that I'd like to see about purchasing one.

Any idea of the diaphragm carburetor model number ?

#14
Please refer to the carb manufacturing number guide posted in the sticky section at the top of the Tecumseh engine section on the forum.

I recently saw knock off diaphragm carbs showing up on Ebay. I did not review them in detail, but on casual observation some had weird choke and/or throttle shafts which protruded vertically. Full adjustability ie., having high and low speed mixture screws are important for variable speed engine applications. Look for this as well.

Yes, that is what I was experiencing, not correct adjustment screws and weird looking vertical choke levers, that is why I was hoping you knew the OEM number.

I sure appreciate your help with my questions, and everyone else's patience, as I asked them !

#16
Robert, the replacement carb for those is a float bowl version. Tecumseh 632208 superceeded to 632615, the China carbs are based off those so it would be important to make sure you not getting a 10 dollar china carb if you are ponying up more money for an old stock/oem.

You dont have to change the intake, gov arm, etc... They are pretty restrictive, but usually have a lot of low end grunt. I did a little straker a few years back limiting myself to no more than $200 all in, I had one of those engines that someone just gave me so I used it but swapped to front mount tank. I set the govenor so it was at a safe speed for kid (just about 20mph for hte govenor to kick in) That little thing pulled really hard, I never expected it to have the grunt it did. 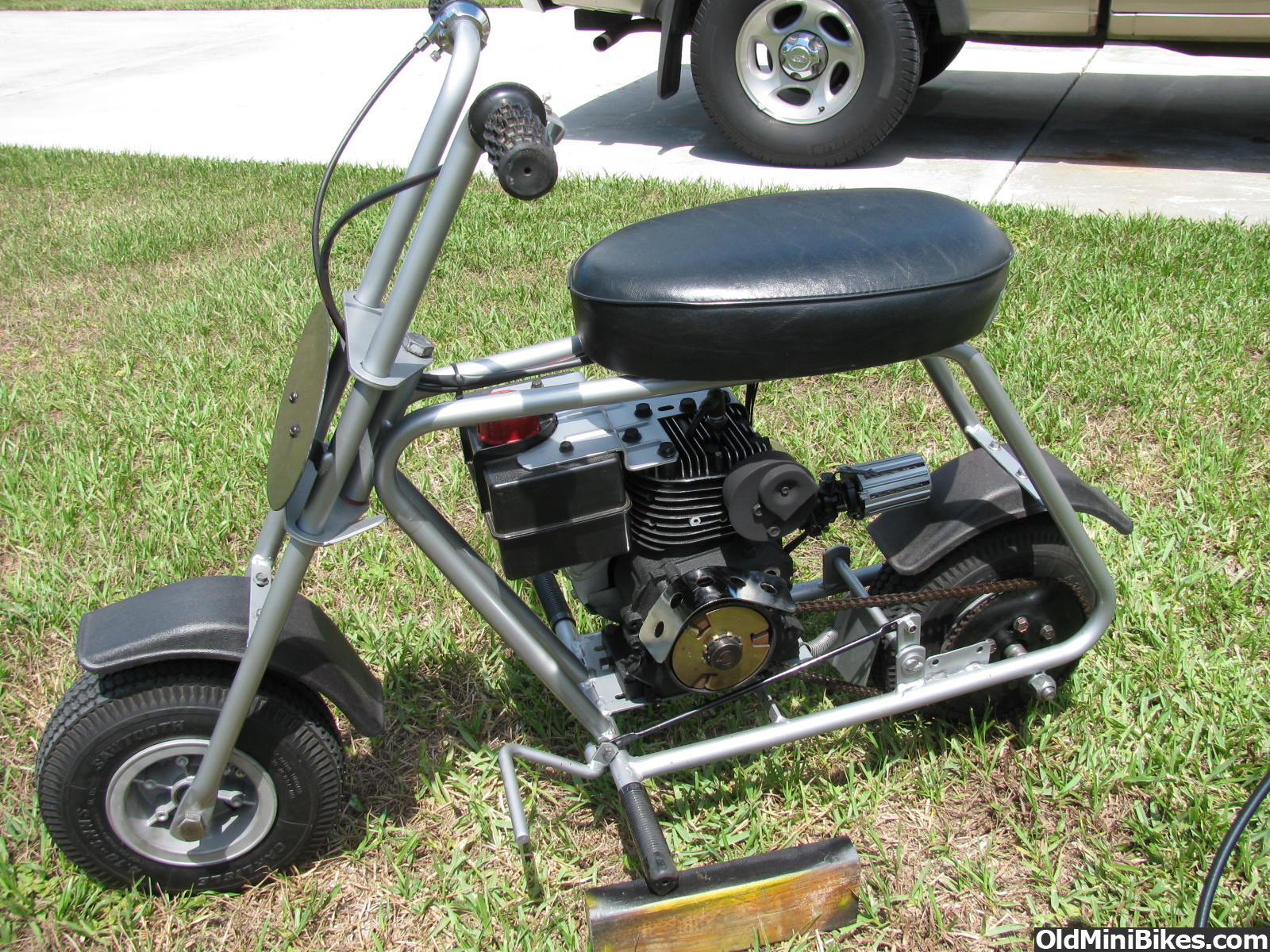 This bike a Bonanza mb250 is mainly for my 10 year old son to mess around with (and for us to build together) so I was actually considering trying it with the intake as is...and only switch out if needed for power.

Your advice is encouraging, it's sounding to me, like it should be okay for him then. We're going to try it and see !

It looks like you used the same small gas tank, and just moved it to the front. I like that idea too.

This bike a Bonanza mb250 is mainly for my 10 year old son to mess around with (and for us to build together) so I was actually considering trying it with the intake as is...and only switch out if needed for power.

Your advice is encouraging, it's sounding to me, like it should be okay for him then. We're going to try it and see !

It looks like you used the same small gas tank, and just moved it to the front. I like that idea too.

Thanks again.
Click to expand...
actually that is a a standard late model front tank, The little rear tank you have can be used but I think you need to modify the existing or make a bracket for it if putting it in the front. I got lucky with that diaphragm carb that was on one of the freebie edger engines I had to work with, It just needed a cleaning and fresh diaphragm in it. It insisted on full choke and full throttle for the first cold pull IIRC but it was very consistent and easy to start after that if you did that. Remembe the downside to the side exhaust engines is the exhaust, want to watch leg placement on mid/rear footpeg designed bikes. Thats why you mainly only ever saw factory used side exhaust engined bikes with forward pegs.

Have you all ever seen anyone route the exhaust of a side popper toward the back, with flexible stainless tubing, or a modified header that points rearward ?

If so, how'd they accomplish it ?

#20
I have done this a few times plumbing fitting,tail pipe prebent conduit tube and nut holds fitting to elec box