#62
After your dead and gone,many years from now.Those mowers will be on a antique mower forum under the what is it.Somebody will say,Salesman sample lol

#65
rollin2 said:
After your dead and gone,many years from now.Those mowers will be on a antique mower forum under the what is it.Somebody will say,Salesman sample lol

WELL DONE.
Click to expand...
I agree, as with all his projects. They all end up looking like they were made by some company back in the day. The only thing I would say would give this one away is the plastic wheels with tread tires. I would think if it were built back in the 50s it would have metal wheels with smooth or ribbed tread tires. Awesome job!!!

#66
SimpleTom said:
I agree, as with all his projects. They all end up looking like they were made by some company back in the day. The only thing I would say would give this one away is the plastic wheels with tread tires. I would think if it were built back in the 50s it would have metal wheels with smooth or ribbed tread tires. Awesome job!!!
Click to expand...
Good catch, although the white plastic kinda looks like whitewalls peeking out under the skirts. Yes some steel rims and ribbed tires would be the finishing touch, as long as he paints the whitewalls back on. :thumbsup:

#68
Holy Moly! This is absolutely unbelievable. You are a true artist!:bowdown:

#69
Thanks guys it sure is easy on the eyes. Ill probrobly bring it to some car shows and stuff in the summer that should be fun

#70
Hey, What size is the wheels on the mower? Got me thinking on the metal wheel comment.

For the Car Shows you could go custom Hot Rod 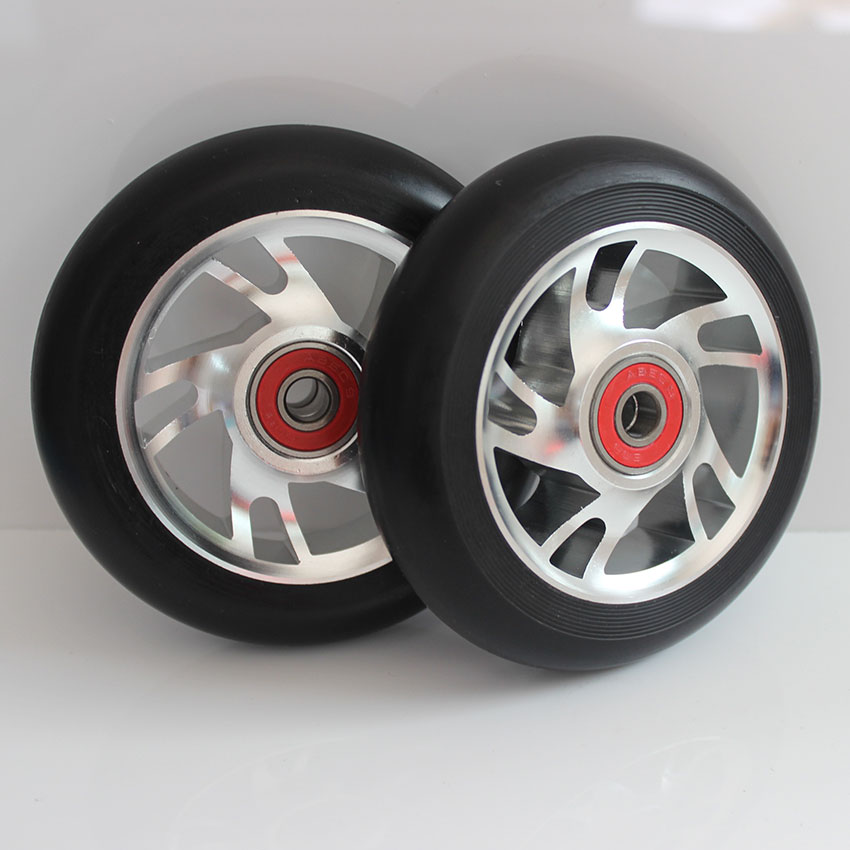 #71
I have some of those wheels! theyre too small though. id say the mower ones are about 5". Anyway you really cant tell theyre plastic since theyre tucked way in there. I doubt people are going to point that out theyll be too busy picking up theyre jaw up off the floor haha but yeah i can keep an eye out for some steel ones with ribbed tread. I really like how how these ones fit i made to the fenders to hug them tight.

#72
I keep coming back to look at it this is the coolest thing Iv seen in a long time!

#73
that is way too cool Bryan... your imagination is beyond words...

#74
Thanks guys the carb is giving me troubles. it pours out gas on my nice paint when I shut it off. I think it must be the diaphram getting stuck and holding the needle open . Im half tempted to give up and call it a shelf queen but i ordered a carb kit and ill give it a try. Hopefully thatll do it. I hate to have nice stuff that doesnt work
A

#75
This mower has officially gone viral. I joined this forum just to let you know how much love it's getting. It was shared in 3 unrelated facebook groups yesterday, just that I saw. I, myself, shared it in a group called Mid Century Modern Chicago. It's been up less than a day and has over 300 likes. Your vision and this styling not only fit well with the Indian theme, but it has some cool Airflow cues as well. For the MCM crowd the styling and that amazing color just has people losing their S---! What a phenomenal build! You've really struck a nerve. If you happen to be on facebook, please join the Mid Century Modern Chicago group. They would love to hear from you over there. I really appreciate the fabrication and mechanical aspect of it, as well as the styling. In that group it's all about the styling. Some very knowledgeable people were left guessing as to just what the heck it was!

#76
Look through his other builds..

#77
jeep2003 said:
Thanks guys! bandit im thinking if it looks too plain when im done ill either paint something or put some sort of stainless trim on them. But i was a little worried about dressing it up too much. I think it might look fine without but we'll see when its all together
Click to expand...
Sweet , a nice pin stripe would do the trick !!

#78
Cool allafan i posted it in a tractor / mower page and it got a few hunderd likes and im sure it got spread around from there. Ill definatly check out that group. I want to make a utube video to finish out my build on there but I want to get it running good first for the video. Something like this certainly appeals to many different crouds im not surprised its making the rounds. Thanks for stopping by I hope you stay a while and check out all oldminibikes.com has to offer
Last edited: Mar 8, 2016

#79
I seen that pop up on facebook through many different shares. I wondered how it got there.

#80
I joined today after seeing this Mower Build..... Pic's came thru Facebook, and then someone on the motorcycle forum I'm on also found it, and sent links to the you tube video's...... since I'm stuck in the recliner all day, I watched most of your video's, joined up here, and got plans going to get back moving on my own projects.